In the Mail - Big Trade with defgav

For weeks defgav at Baseball Card Breakdown and I have been tossing card ideas out there for each other to add to each other's stacks. We decided to break it up into manageable chunks. Yesterday I received a package from him with chunk number one. Here's what was inside. 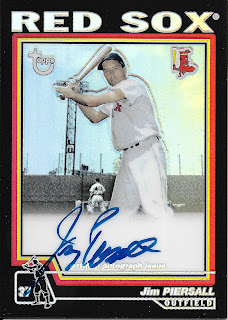 This 2004 Topps Retired Autograph Refractor was the centerpiece of the trade from my perspective. I found out about these cards only in the past year, probably from reading defgav's blog.  He's got almost all of them. All the Red Sox are now on my want list. But since only 25 were made of each, and they're going on 15 years old, I'm afraid most are in private collections and not available anymore. I have this Piersall and Yaz so far. 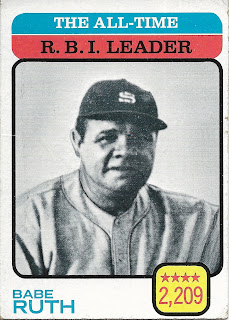 The rest of the package contained a bunch of set needs from the early 70's. Babe here was the only one from 1973, but was one of the important ones I still needed. 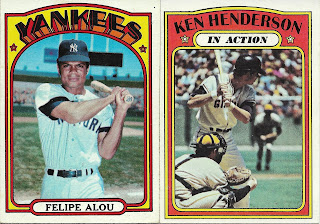 There were a couple dozen commons from 1972. 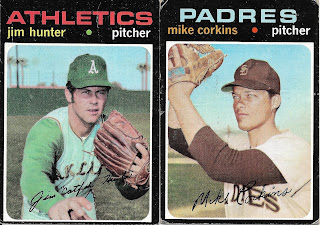 There were only a handful from 1971, but hall of famer Catfish Hunter was one of them. 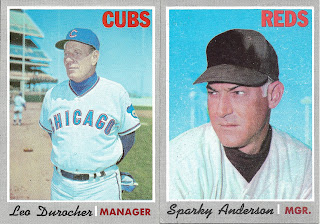 By far there were the most from 1970. Here are just some of them. Sparky here was featured in a recent post of mine as a rare South Dakotan who made the big leagues. 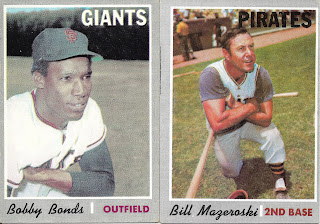 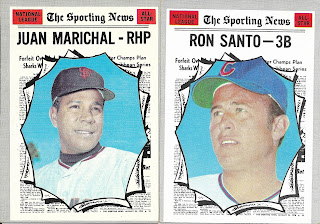 I had to give up most of my 1957 doubles in return, as well as a 1980 common to complete that set for him. Thanks for the trade, Gavin! We'll have to fire up chunk number two in the near future.
Posted by EP at 6:48 PM